The Solitaire of Chess

My second iPhone app to ship with Opt-6 Products in 2009, Five Square later received an overhaul in 2011 with a brand-new, shining UI. 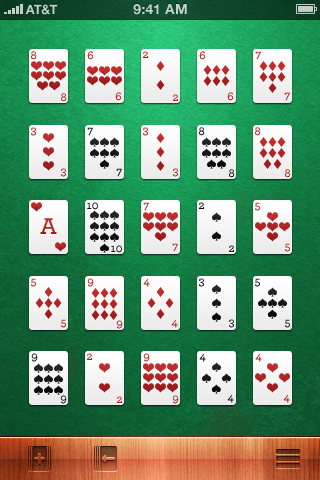 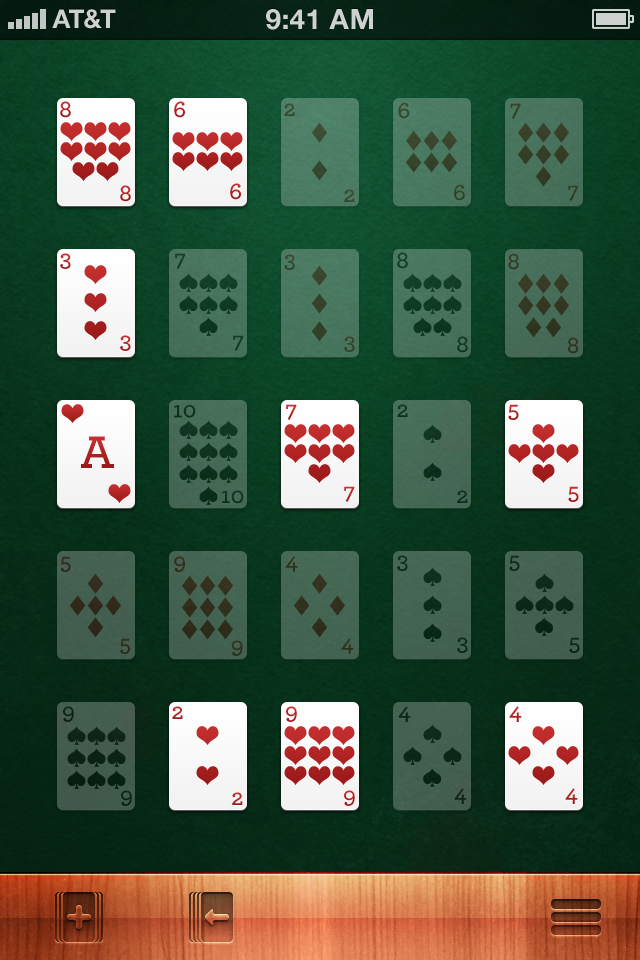 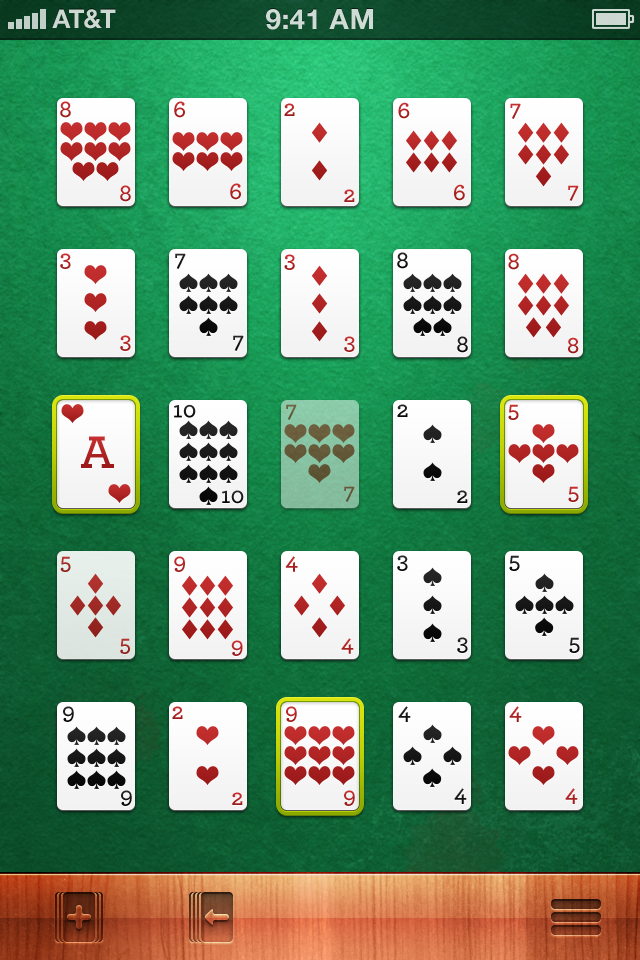 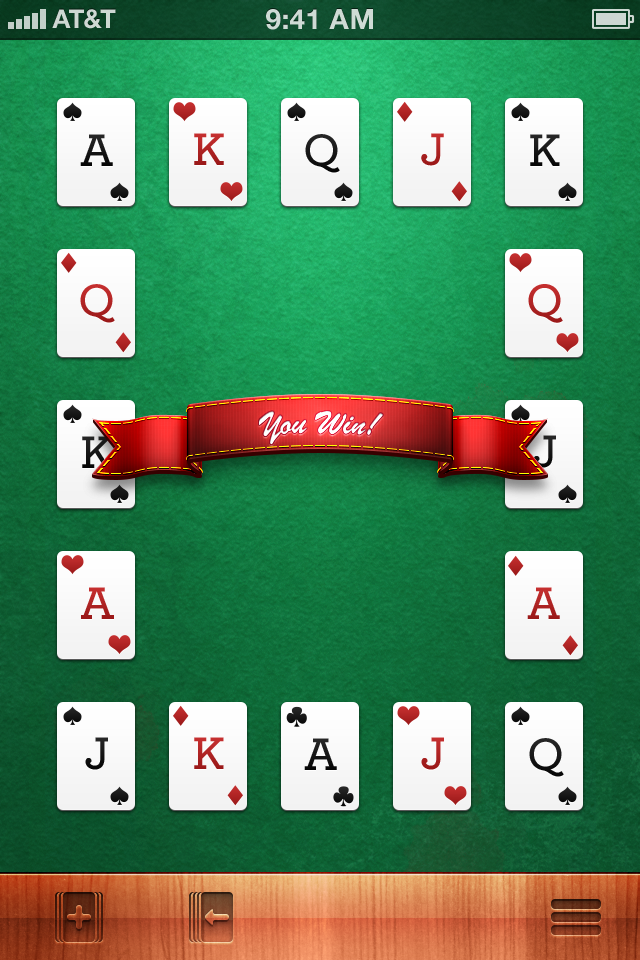 Opt-6 Products came to me with the idea for a unique card game, Five Square—or, as they called it, the Chess of Solitaire. One plays the game with simple rules. You start with a 5 x 5 grid of cards, and win by consolidating all cards into a single position. You do this by moving a card within its column or row, onto another card of the same denomination or suit. The game seems simple until the player finds themselves with two irreconcilable stacks at the game’s end.

We had planned to update our first version of Five Square with expanded gameplay settings and clearer How to Play instructions; however, Apple’s Game Center announcement in 2010 prompted us to reassess Five Square’s visual treatment. Additionally, in the time since our first release, the iPad had been announced and we wanted to ship a Universal app to take advantage of that opportunity. 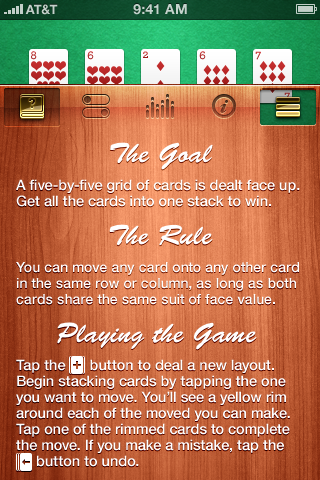 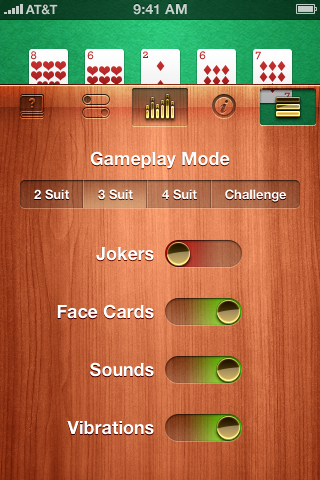 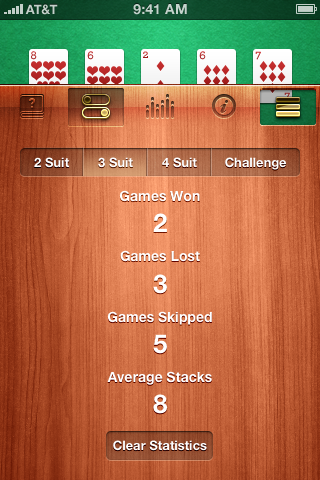 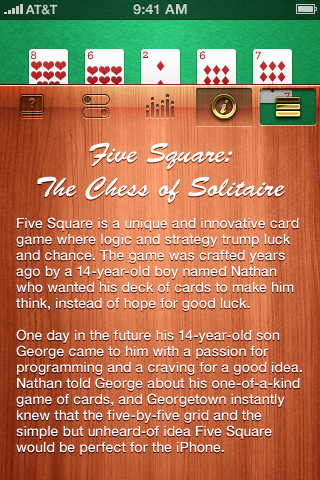 I designed rich visuals and a new icon that were in line with Apple’s new visual language, as well as iterating over gameplay directions, settings, and statistics to track user improvement game-over-game.

Five Square was removed from the App Store only within the last few years, and having been built against a no-longer-supported iOS SDK, it's no longer available as a downloadable purchase. However, a demo of the game is available above, originally developed by Carter and George for the marketing website.