Get it on the App Store or Google Play.

Radio for Zello is a listen-only recreation of the classic Zello Trending Channels list, since removed from the official app. Tune into any public channel and listen. 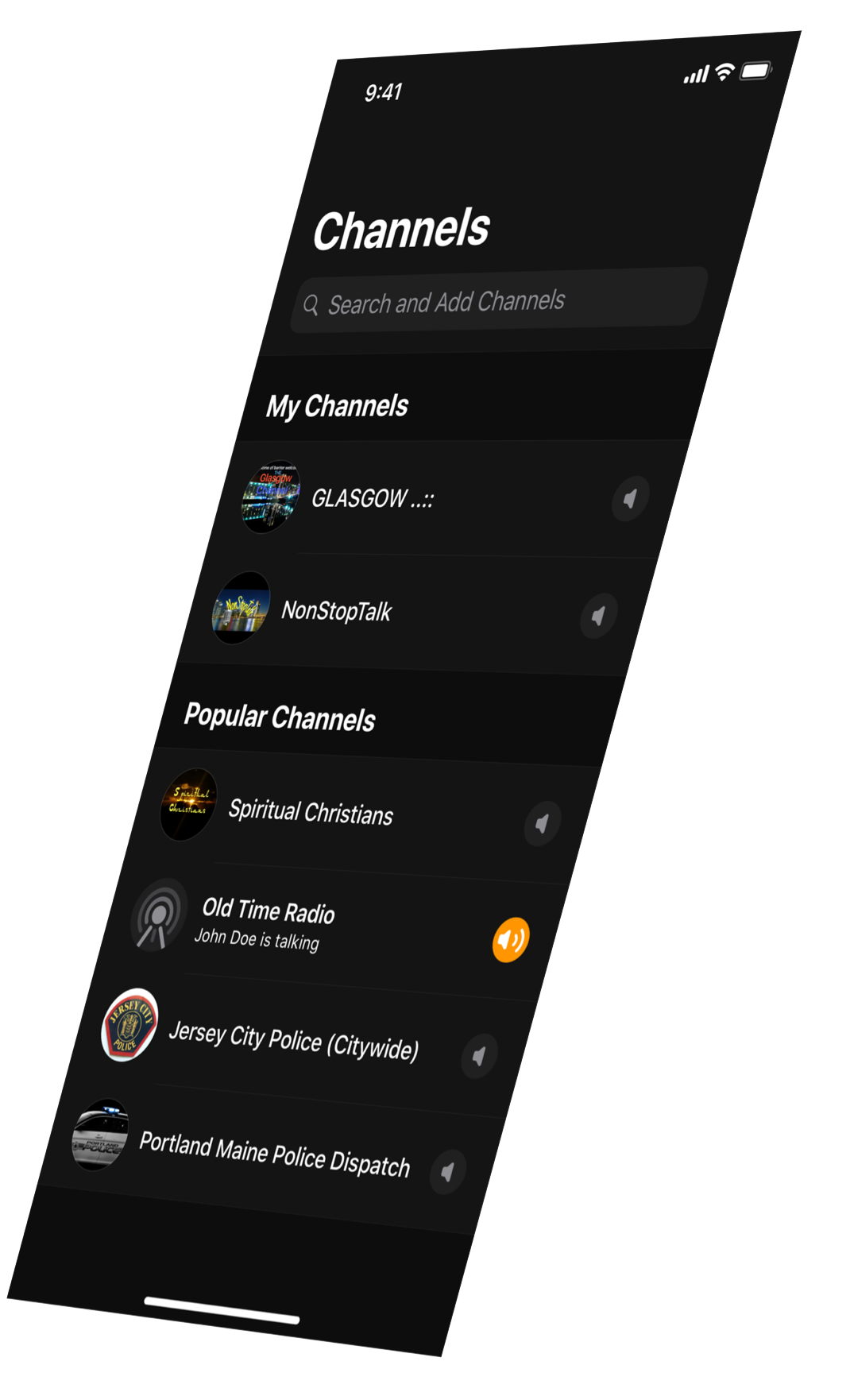 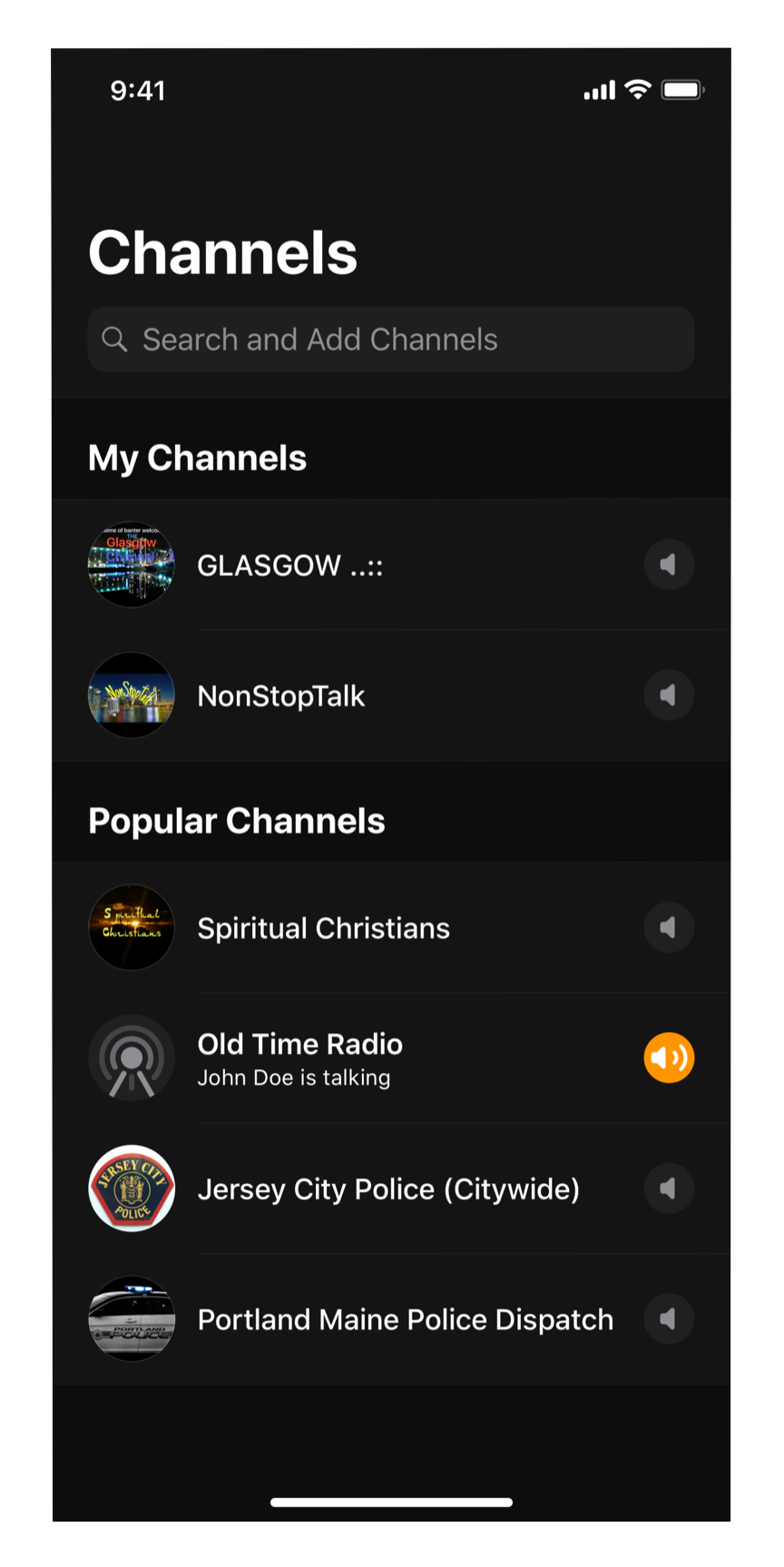 My Zello coworker, Adam Bailey, approached me with the idea to create a simple, single-purpose app. Zello planned to remove our Trending Channels list, but we wanted to see if there were a separate audience that were receptive to listening to the channels as broadcasts, in an context resembling a radio-tuner.

We needed an interface and an app icon. While a bare bones UI and icon would have done the trick, this posed an opportunity to experiment with patterns I had been unable to use in Zello, as well as an opportunity to flex my long-dormant visual design muscles in the app icon.

While not an official Zello app, we could play to a set of commonalities. The icon calls on an orange similar to Zello’s, while involving a broadcast metaphor similar to podcasts, but more clearly from a radio tower.

I delivered designs and a user-tested prototype of a channel discovery, sharing, and listening journey. Additionally, I delivered icons for a universal iOS app, and the equivalent assets for Android.

Radio for Zello first launches with a list of popular channels. The user then can add new channels through the search feature, or where there are enough channels, search their own.

Despite this no longer being my primary work, I love the opportunity to illustrate app icons, particularly where I have the freedom to marry older and newer aesthetics. I hadn’t heavily used Photoshop in a number of years, and it was legitimately great to slip the glove back on and work as I would’ve with past projects.